The relationship between age and fertility

The role of female age in fertility

It is well known that fertility depends on many factors and female age is probably the most important one.

Even people with no medical knowledge know that younger women can usually conceive more easily (but there are also exceptions).

Because this issue is complicated and delicate, it is necessary to present the relevant scientific information to clarify any misunderstandings. 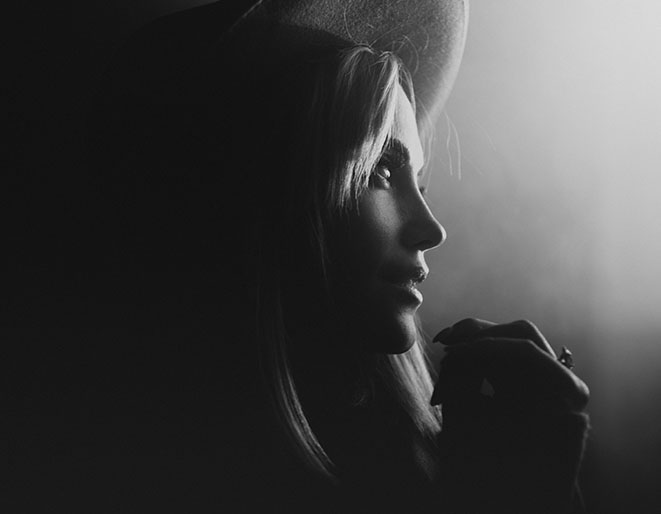 The following chart, which illustrates the chances of conception each month accordingly to the woman’s age, is eye-opening: 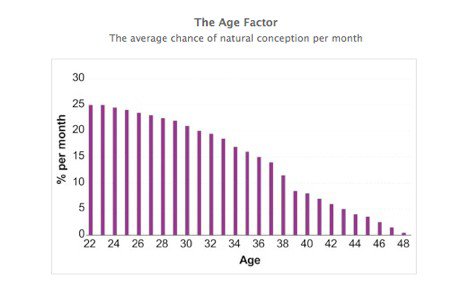 On the horizontal axis lies the age of the woman.

On the vertical axis lies the probability of natural conception every month.

The chart shows that the chances of conception are higher (about 25% each month) when the woman is 22-25 years old.

From 39 years onwards, fertility decreases even further and at the age of 45 it is extremely low (chances of conception of less than 5% per month).

And why is this happening?

Because every woman since birth has already in her ovaries all the eggs she is ever going to use during her lifetime. In other words, when a woman starts having periods, she begins using her stored eggs (about 400.000 on average) which are reduced from then onwards in a steady manner.

To put it simply, the eggs are just stored and not produced. The ovaries are warehouses used for egg storage and not factories used for egg production (the opposite is true for the testicles in men that are capable of producing sperm for the whole duration of a man’s life).

And that’s not all:

A significant number of eggs is lost with every menstrual cycle.

It is important to remember that the number of eggs that begin to mature in each cycle is about 1000.

And out of these 1000 eggs, only 1 (or rarely 2) will fully mature and reach ovulation.

The rest of the eggs lose out in this game of life and are removed from the body.

Therefore, every woman in her reproductive life has about 400 opportunities to conceive (this is the average number of her menstrual cycles from the onset of menstruation to the beginning of the menopause).

PLEASE READ THE ABOVE ONCE MORE

It is also worth pointing out that not all eggs are the same.

There is a variation in egg quality that is thought to be associated with female age.

That is, the younger the woman is, the better quality eggs she has ON AVERAGE.

On a similar topic, let us emphasize here that a woman’s age is not the absolute indicator of her fertility, as was thought in the past.

In some cases, the ‘ovarian age’ may be different than the actual age of the woman.

In other words, the biological age is not always the same as the chronological age.

As a result, some women’s ovaries are less fertile than one would expect based on their chronological age alone.

That is, some women behave (from a fertility perspective) as if they are older than their age indicates.

Studies have shown that there may be some genetic predisposition involved (i.e. a woman who experienced early menopause may have a daughter who also has early menopause).

In order to evaluate the actual ‘ovarian age’ of a woman, a hormone called AMH can be measured. AMH is an indication of a woman’s ovarian reserve.

And in any case, it is necessary for each woman’s treatment to be individualised and not dependent solely on her age.

Science can offer solutions to any woman based on her own needs.